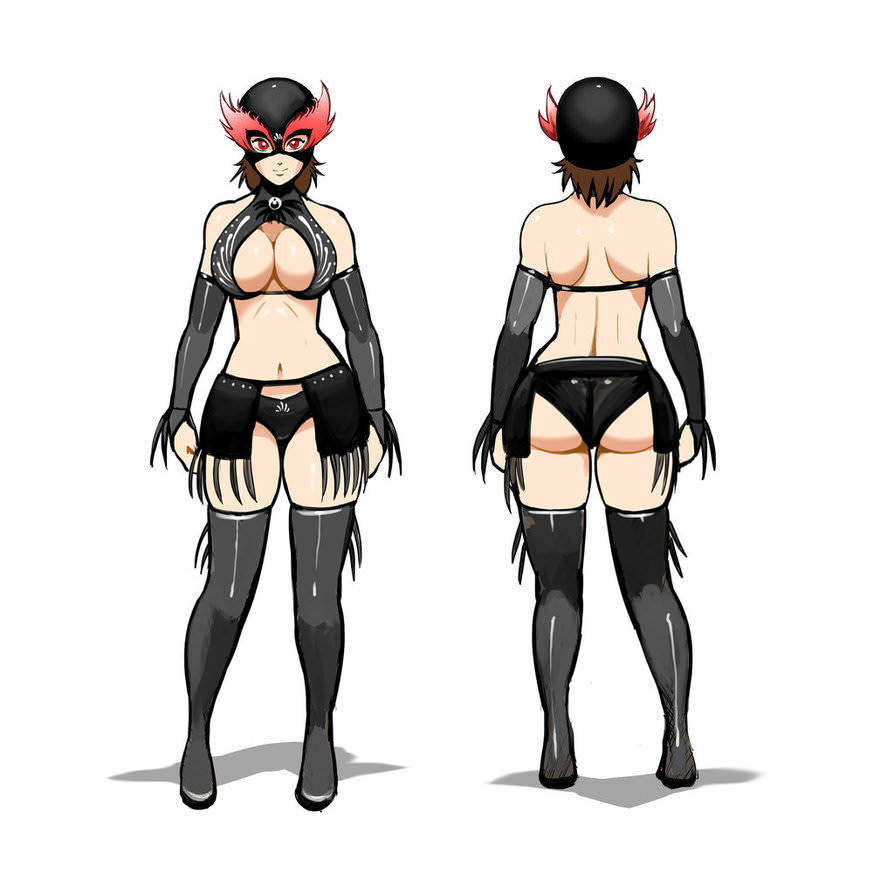 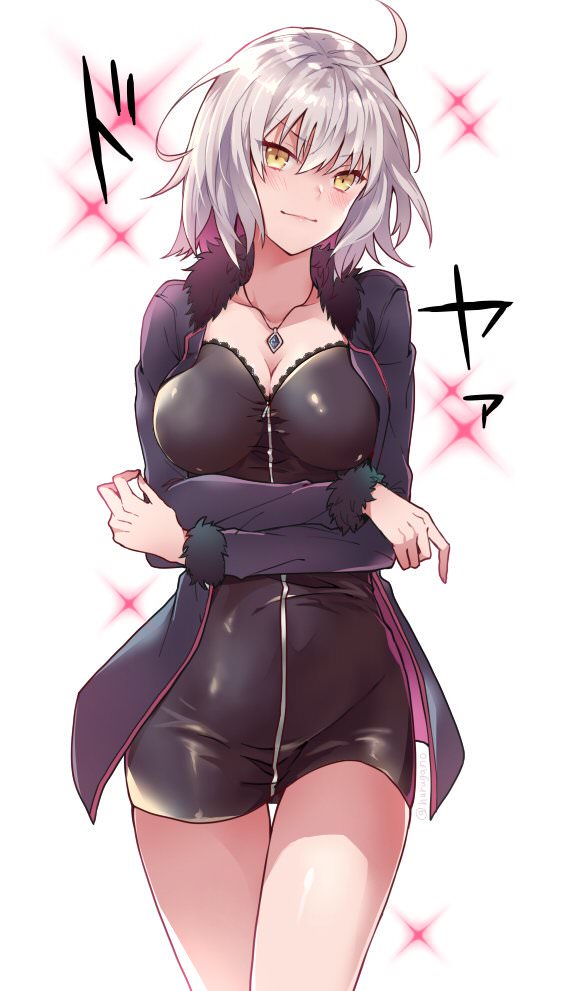 What the hell was this even? A match on the beach, in a bikini? Felt like a time for the fans to simply ogle at the wrestlers as they were required to wear bikini's and showing off their bodies. Not only that but it was a submission event, meaning one of the girls would be put into compromising holds. Whatever, Angela didn't really care about any of that, all she knew is that she was the very first match of this whole event and she was going to make it memorable. By destroying her opponent.

Stepping out onto the runway towards the ring in her purple bikini, hugging her amazing frame, those pretty much perfect curves being shown off fully for the crowd. Her skin having a light sheen to it as of course the pale beauty had put a fair deal of sun-screen. She had planned on going to relax on the beach after easily dealing with her opponent tonight. As she walked towards the ring, her more than generous bust bounced rhythmically with each step she took, earning her more than a few excited sounds from the crowd.

Once she reached the ring she slipped in under the middle rope and stepped up towards the center of the ring, hands placed on her hips as she looked out over the excited crowd and then scoffed, she turned to walk towards her corner, and leaned against it as she stretched her arms out over the top ropes, bouncing her back a little against the corner, which kept her generous bust jolting a little with each bounce. A sight escaped her mouth as she would keep her keen eyes towards the designated area for her opponent to walk out of.
D.D.D
Top

Stepping through the little area that had been fenced off for competitors, Swan couldn't help but bask in what a beautiful day it was. Bright and sunny, with the sky being cloud free, just a vast blue expanse. But as nice as it would be to get some sunbathing in, Swan wasn't here to enjoy the sun and relax. Dressed in a black bikini, decorated with white swooshes on it just like her wrestling gear, Swan was here to participate in the first ever event to crown the "queens of summer!"

So as she stepped out of the small area and made her way down to the ring, her generous curves barely contained in a form fitting bikini, she looked across a small stretch of the beach to see the ring standing tall in the sand, a lone figure already standing in it. Shading her eyes, despite the fact that the wings on her mask already blocked most of the sun, Swan made her way over to the figure in the ring, jumping up onto the apron before flipping over the ropes, turning to the sexy looking woman with a smile, whistling as she walked over to her.

"Woof... Hello there! Say, don't suppose you could do me a favor and help me rub some sunscreen on before we start?" Swan said with a grin, producing a bottle of sunscreen she had meant to put on herself before the two had started. She was quite obviously hitting on the girl, but hey, if Angela wanted to, then Swan certainly wouldn't turn her down!
Ducky's Darlings!
Top

Angela tilted her head to the side and released an annoyed sigh as she saw her opponent walk her way towards the ring, a mask huh? The French Nightmare would step out of her corner and begin to walk up towards the center of the ring, as she would make her way closer towards the Black Swan, she watched the woman speak out with that grin and that sun screen bottle being offered towards her from the looks of it.

The pale skinned beauty would look down at the bottle and then back up towards the face of the Black Swan. She'd fold her left arm under her generous chest,before reaching out with her right hand to grab the sunscreen bottle. Opening it up she would move her left hand up to form a half cup, pouring out a bit of the substance she would then....suddenly try and shove her now goo covered hand straight into Black Swan's face. Driving the sun screen into the masked woman's face and eyes before the bell even rang.

The aggressive action quickly had the referee call for the bell, with Angela quickly tossing the bottle back she'd try and smoosh her sun screen covered hand into that face before trying to ball her right hand into a fist and attempt to drive a harsh punch into Black Swan's generous left tit, trying to cave in that orb.
D.D.D
Top

Approaching her foe with a pick-up line and a somewhat serious offer, Swan had a smile on her face the whole time, clearly eager for a fun match with her opponent. However, despite how upbeat and happy Swan was, it would seem that her foe would not be affected by her attitude that was usually quite contagious, the white haired girl offering no smiles or laughs.

But she did take Swan's bottle of sunscreen, seemingly taking the luchadora up on her offer, much to the delight of the masked wrestler. Grinning from ear to ear, she stepped forward, watching as Angela squeezed out a good amount of sunscreen onto her hand, before...

"Wha- Hey!" Swan cries, as Angela suddenly lunges forward with a handful of sunscreen, looking to smear it all over Swan's face and eyes! The luchadora is speedy enough to dodge though, pulling her head back and slapping Angela's hand aside! However, while she did avoid a faceful of sunscreen, she wasn't quite fast enough to stop the next attack, Angela's fist crashing hard into her breasts, smushing it painfully and causing Swan to stumble back, hissing in pain!
Ducky's Darlings!
Top

Angela may have missed smearing the sun screen in the face of the Black Swan, but as she slapped her hand away, a bit of the sun screen dripping from her hand down onto the canvas, the fist of Angela's other hand found it's mark, driving into that large soft orb a,d causing the Black Swan to hiss out in pain. The platinum blonde smirked, she stepped forward and with her left hand she would swing wide.

Letting it soar through the air as she tried to give a hellacious slap straight to the cheek of the Black Swan, trying to snap the taste out of her mouth and also smack the sun screen into her cheek. Trying to make sure to at least, somewhat do what she agreed to in putting sun screen on the black bikini clad beauty before her. While also trying to keep her dazed and back tracking, for if the slap hit it's marked with that splosh of sun screeen....then Angela would try and throw a European upper cut into Black Swan's chin, trying to make the woman stumble back into the corner.
D.D.D
Top

While Swan had expected the humorless woman to be quite dry and somebody that her naturally bubbly personality would clash with, she hadn't expected to be full on assaulted so early on, with Angela throwing a hard shot to her breast! Swan was still stumbling backwards at Angela threw her hand forward, slapping Swan hard enough to jerk her head to the side, and splattering a good amount of sunscreen on her cheek!

"Augh! You little- Ack!" Swan began to protest, aggravated that some of the sunscreen had gone on her mask, but she was quickly interrupted as Angela threw her forearm hard into Swan's chest, hitting her with a european uppercut and sending her stumbling backwards into the corner! However, she had properly annoyed the luchadora!

"Fine, have it your way!" Swan cried, hopping straight up in the corner and kicking off the middle turnbuckle, swinging her leg around to try and hit Angela with a quick disaster kick!
Ducky's Darlings!
Top

Angela had smacked The Black Swan straight across her cheek with that sun screen full palm, as she would then send a powerful European uppercut into Black Swan's chest and force the woman to back up right into the corner, with a flick of her sun screened hand she'd throw off the excess sun screen and then turn to see Black Swan bouncing off of the ropes.

Seeing that arch and swing of that leg of the well shaped Black Swan, Angela would hastily duck in under that kick, trying to escape taking such a nasty hit to the face this early and in turn try and charge into at Black Swan. Trying to move in close and then try and throw a knee up into the masked wrestler's abs to try and make her crumble the second she landed on her feet.

She would smirk, laughing a little if she was able to hit that knee before trying to wrap her arm around Black Swan's head, pushing that face up against the side of her large breasts and then try to run with the Luchadora, trying to jump up and then try to drive that face into the mat with a running bulldog.
D.D.D
Top

Things were looking bad as Swan was forced into the corner early, with Angela having hit her solidly in the chest with a harsh european uppercut, suddenly taking the offensive. But Black Swan wasn't going to just sit there and take a beating, responding by promptly leaping at Angela, swinging her foot at the mean girl's face for a big kick!

...Which missed completely! Black Swan soared over the head of her foe, Angela ducking out of the way as Swan threw what could have been, in other circumstances, a match ending kick. And the white haired female followed up quite quickly, with a sudden knee to Swan's stomach, forcing the air out of her and bending the luchadora over!

"Ugh!" Swan gasped as she was hit, before her face was suddenly pulled up against Angela's round breasts, the girl trapping her head under her arm, running forward and looking for a bulldog! However, Swan was wise to this plan, looking to suddenly wrap her arms around Angela's waist, before suddenly lifting her up and over, looking to put a stop to her move with a big german suplex!
Ducky's Darlings!
Top

That possibly match-ending kick of the Black Swan had been well scouted by Angela as the Nightmare of France ducked under the blow and instead went in and kneed her in the gut. She had managed to double over the woman and with it she took a tight hold of that head, pushing the face of the Black Swan up into that generous breast of hers.

Then French beauty then took to a run with the Black Swan as the masked wrestler was taken for a ride, but as Angela tried to jump up, she found those arms firmly against her waist, then suddenly she was yanked up into the air and thrown backwards.

She made impact on the mat with her shoulders first, and a cry escaped her mouth as she flopped up and over onto her front, gritting her teeth and groaning as she'd start to push herself up to her hands and knees.
D.D.D
Top
Post Reply
84 posts